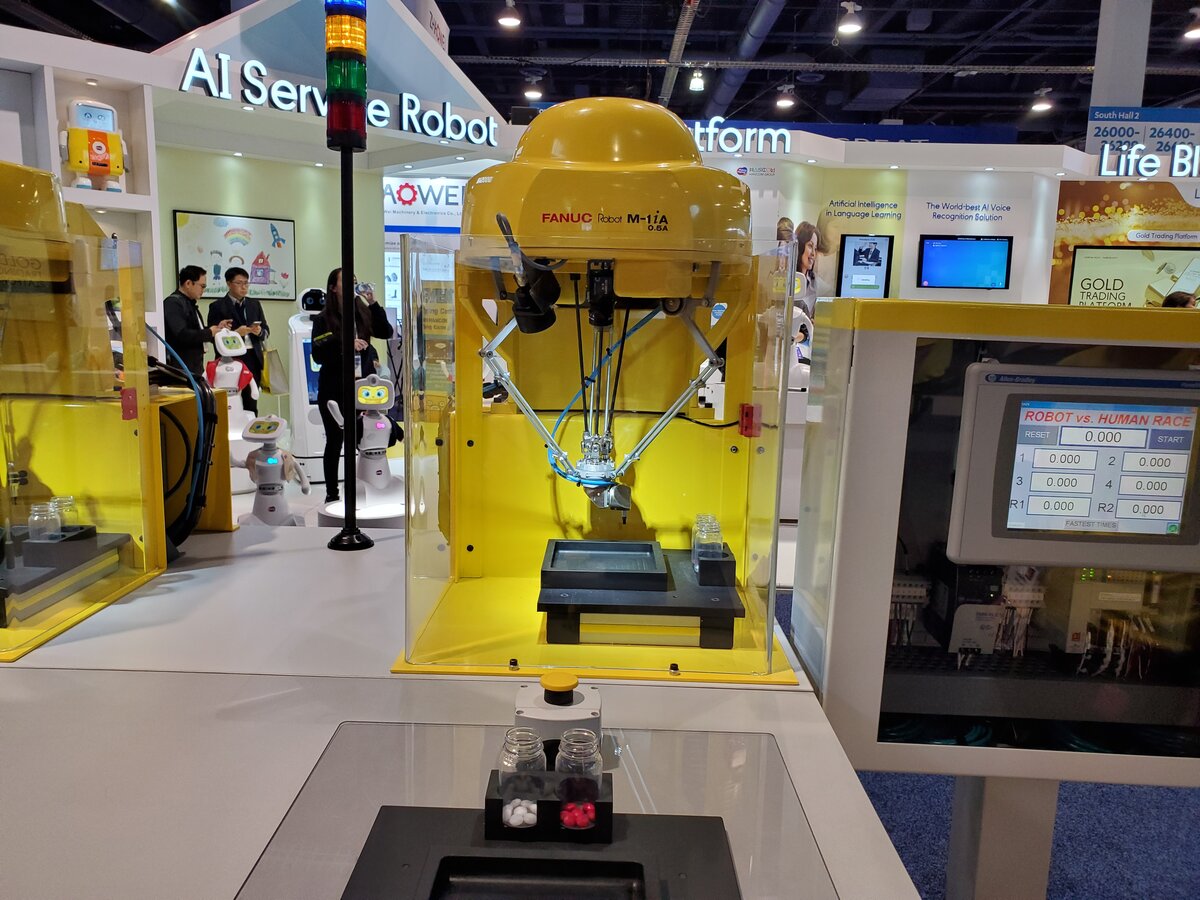 However, with a parallel manipulator, the joints are not connected together. Instead, each joint is connected to both the base of the robot and to the end effector (e.g. vacuum suction cup).

The two main types of parallel manipulators are the Gough-Stewart Platform (pictured below), which is sometimes used in flight simulators and the delta robot (often used in factories for pick and place tasks along conveyor belts).

In the Gough-Stewart Platform type robots, all of the joints are prismatic (i.e. linear actuators…motors that generate motion only in a linear fashion).

In delta robots, all of the joints are revolute (i.e. motors that generate rotational motion). Here is a video of a delta robot in action. It is performing a pick and place task.