How the Canny Edge Detector Works

The Canny Edge Detector Process is as follows:

More formally, in step 1 of the Canny Edge Detector, we smooth an image by convolving the image with a Gaussian kernel. An example calculation showing the convolving mathematical operation is shown in the Sobel Operator discussion. Below is an example 5×5 Gaussian kernel that can be used.

We must go through each 5×5 region in the image and apply the convolving operation between a 5×5 portion of the input image (with the pixel of interest as the center cell, or anchor) and the 5×5 kernel above. The result is then summed to give us the new intensity value for that pixel.

After smoothing the image using the Gaussian kernel, we then calculate the intensity gradients. A common method is to use the Sobel Operator.

Here are the two kernels used in the Sobel algorithm:

* above is not normal matrix multiplication. * denotes the convolution operation.

We then combine the values above to calculate the magnitude of the gradient:

The direction of the gradient Ɵ is:

If, for example, we have three pixels that are next to each other: pixels a, b, and then c. Pixel b is larger in intensity than both a and c where pixels a and c are in the gradient direction of b. Therefore, pixel b is marked as an edge. Otherwise, if pixel b was not a local maximum, it would be set to 0 (i.e. black), meaning it would not be an edge pixel.

Non-maximum suppression is not perfect because some edges might actually be noise and not real edges. To solve this, Canny Edge Detector goes one step further and applies thresholding to remove the weakest edges and keep the strongest ones. Edge pixels that are borderline weak or strong are only considered strong if they are connected to strong edge pixels.

This tutorial has the Python code for the Canny Edge Detector.

The most common edge detection algorithms fall into the following categories:

Which edge detection algorithm you choose depends on what you are trying to achieve with your application. 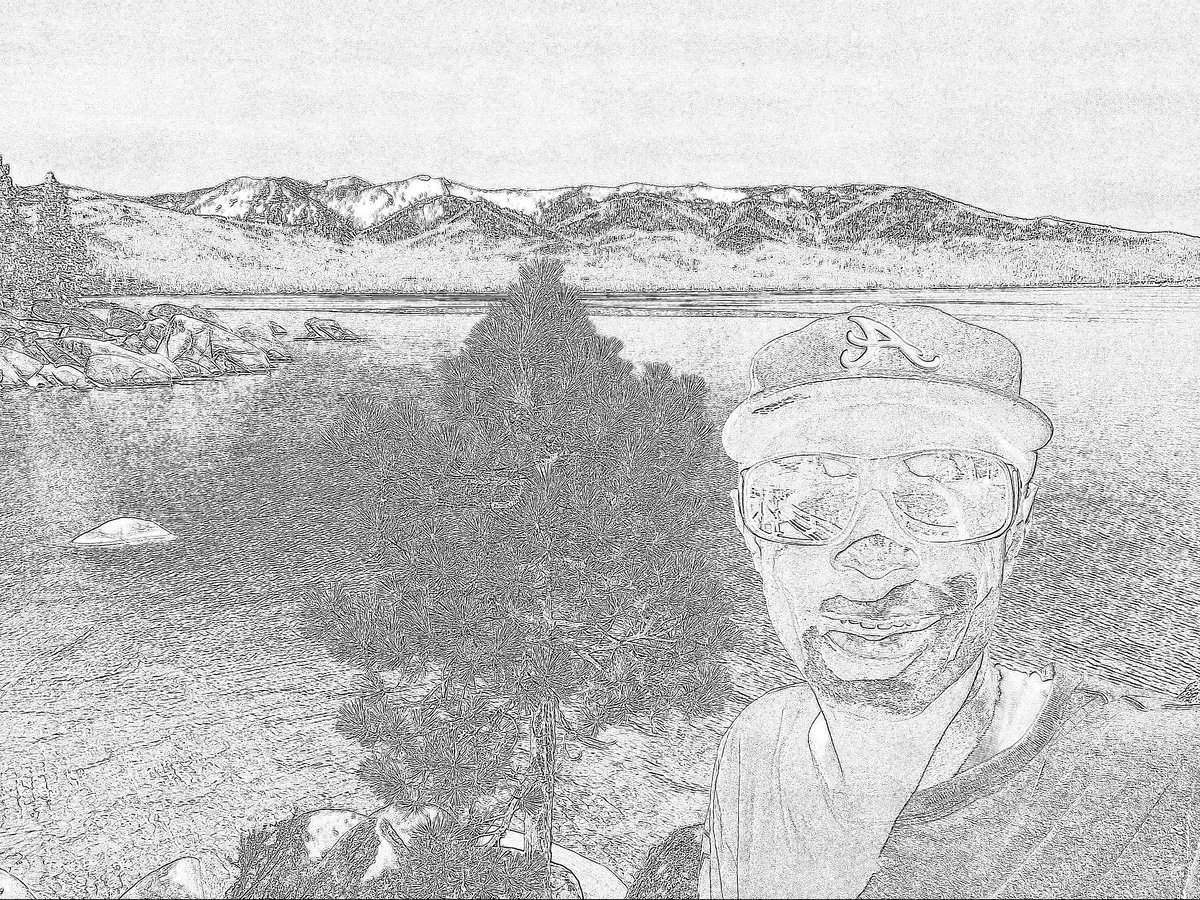 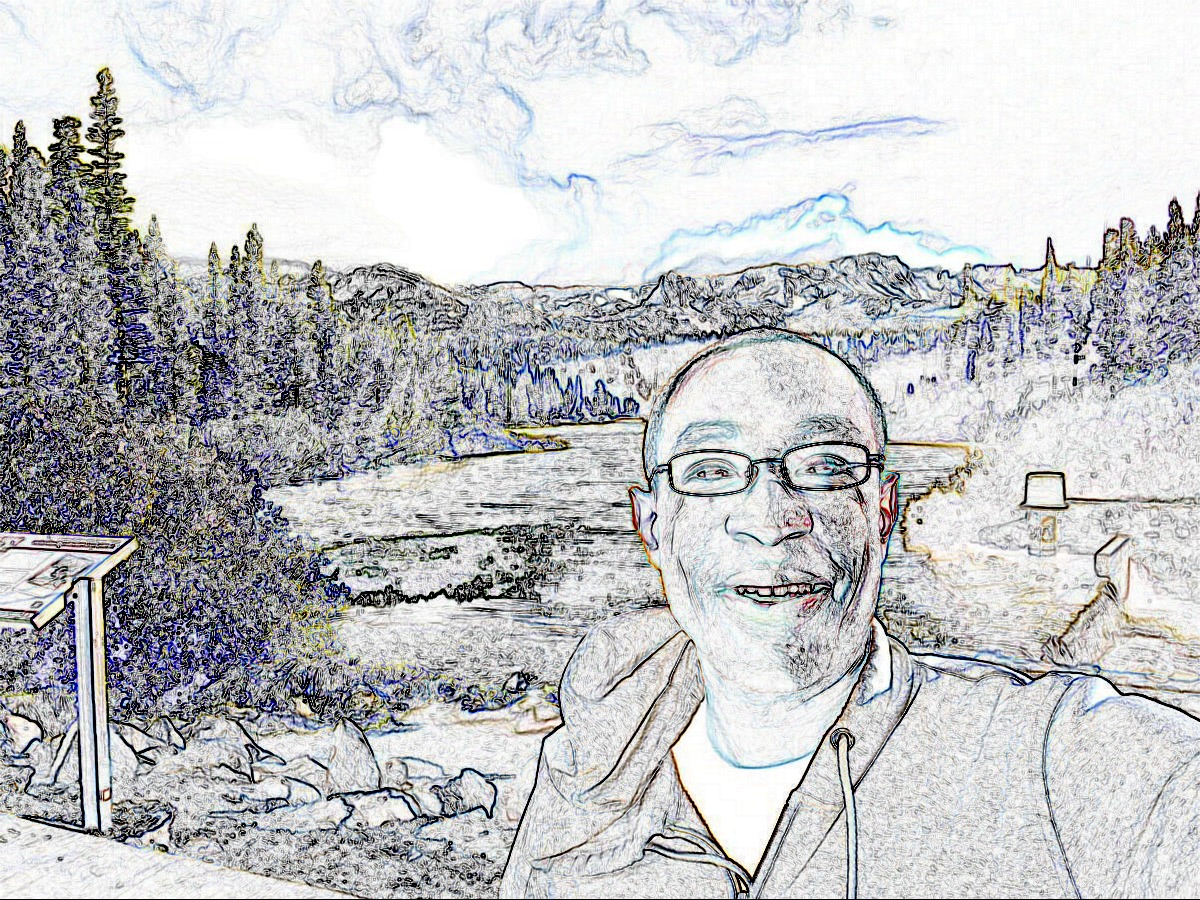 In this post, I will explain how the Sobel Operator edge detection algorithm works.

How to Model Edges Mathematically

Consider a grayscale image that is 10 x 1 pixels. Such an image would look something like the image below:

Mathematically, we can detect an abrupt change in the curve above by graphing the slope of the curve (i.e. taking the first derivative at each point along the curve).

The orange curve below is the graph of the slope at each point along the pixel intensity curve. Note how the curve reaches a maximum in the middle. This peak corresponds to an edge in the original image. It is an area where the intensity (brightness) of the image changes abruptly.

However, we have run into a problem here because I have drawn a continuous curve, but pixel intensity values are discrete. Therefore, in image processing, we cannot calculate the first derivatives of an image (known as “spatial derivatives”) directly using standard calculus methods; instead we have to estimate the derivative of the image using a mathematical operation known as convolution.

Professor Andrew Ng of Stanford University has a great video on how to perform the convolution operation given an input image:

I will explain the process below.

How to Perform the Convolution Operation Given an Image as Input

To do the convolution operation, we need to use a mathematical tool called a kernel (or filter). A kernel is just a fancy name for a small matrix.

The middle cell in a kernel is known as an anchor. In this case, the anchor is 0.

The Sobel Operator, a popular edge detection algorithm, involves estimating the first derivative of an image by doing a convolution between an image (i.e. the input) and two special kernels, one to detect vertical edges and one to detect horizontal edges.

Suppose we have a 6×6 pixel color image.

A color image has 3 channels (red, green and blue). To perform the convolution operation to detect edges, we only need one channel, so we first convert the image to grayscale. Converting the color image to grayscale is the first step of most of the edge detection algorithms, including the Sobel Operator algorithm.

Now, consider the kernel below (this happens to be the Sobel Vertical Kernel used to detect vertical edges).

To convolve matrix A with matrix B, we first overlay Matrix B on top of the upper-left portion of Matrix A and then take the element-wise product:

After completing the 9 multiplications, that upper-left portion becomes…

To complete the convolution operation, we add up all the numbers in the matrix above to get:

The output matrix for convolving matrix A with matrix B, will be a 4×4 matrix. The value above, 315, becomes the first entry into this output matrix. You can see that 315 is a relatively large number.

We keep shifting the 3×3 kernel over the image, pixel by pixel, until we have filled up the output matrix above. That is the convolution operation.

How the Sobel Operator Works

The Sobel Operator uses kernels and the convolution operation (described above) to detect edges in an image. The algorithm works with two kernels

Here are the two special kernels used in the Sobel algorithm:

The two kernels above are convolved with each pixel in the original image to identify the regions where the change (gradient) is maximized in magnitude in the x and y directions.

Mathematical Formulation of the Sobel Operator

Suppose we have a source image Ii.

We want to calculate the magnitude of the gradient at a pixel (x, y), so we extract from image Ii a 3×3 matrix with pixel (x,y) as the center pixel (i.e. anchor).

* above is not normal matrix multiplication. * denotes the convolution operation I described earlier in this discussion.

The direction of the gradient Ɵ at pixel (x, y) is:

So, in short, the algorithm goes through each pixel in an image and defines 3×3 matrices that have that pixel as the center cell (anchor pixel). Convolving these matrices with both the x and y-direction kernels yields two values, gradient approximations in the x-direction (Gx) and y-direction (Gy). We square both of these values, add them, and then take the square root of the sum to calculate the magnitude of the gradient at that pixel. Pixels that have gradients of large magnitude are likely part of an edge in an image.

Here is an example calculation showing how to calculate the gradient approximation at a single pixel in the Sobel algorithm. We have already converted the input image into grayscale:

We start the calculation of the gradient in the y-direction (Gy) at the pixel in the second column and second row (marked in yellow).

First, we convolve the selection in the original image with the y-direction kernel. The result is as follows:

We now do a similar calculation to calculate Gx at that same pixel.The only thing that changes is the kernel that we multiply our selection by.

We start the calculation of the gradient in the x-direction (Gx) at the pixel in the second column and second row (marked in yellow).

We convolve the selection in the original image with the x-direction kernel. The result is:

This magnitude above is just our calculation for a single 3×3 region. We have to do the same thing for the other 3×3 regions in the image. And once we have done those calculations, we know that the pixels with the highest magnitude(G) are likely part of an edge.

This tutorial on GitHub has a really nice animated demonstration of the Sobel Edge Detection algorithm I explained above.

This tutorial on image gradients has the Python code for the Sobel Operator.