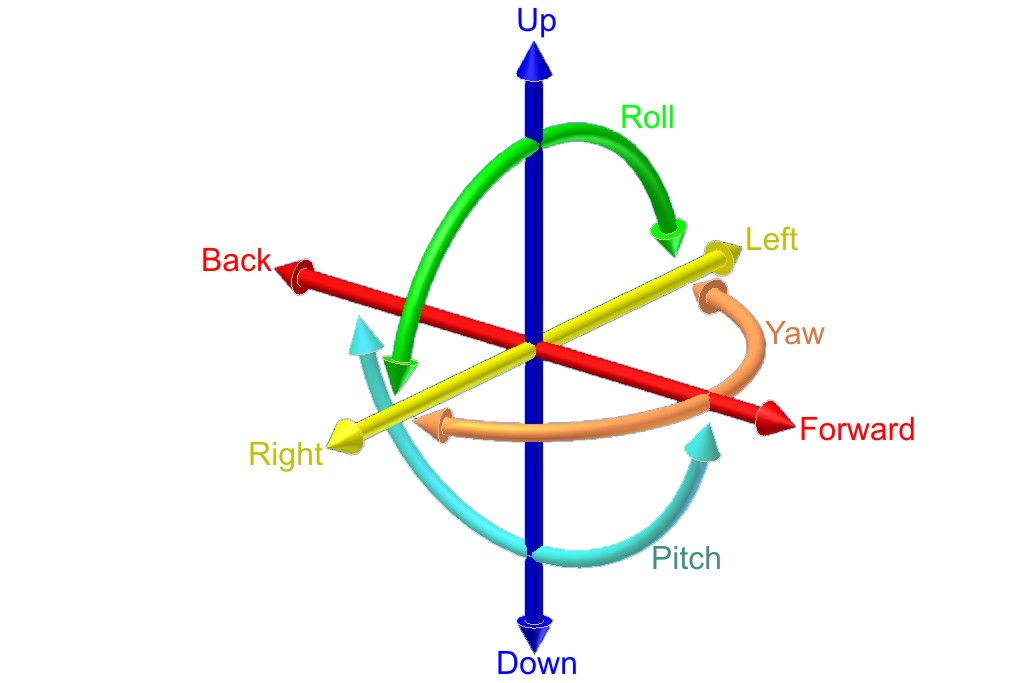 In robotics, we commonly represent the position of a robot in space using three axes:

We represent rotation about each of these axes using the following standard names:

Now, let’s say we have a 4-wheeled robot in space. The robot is moving in the +y direction as shown in the figure below. The robot turns slightly to the left, rotating around the z-axis.

Rotation about the z-axis is yaw rotation.

Yaw rotation means the robot rotates about the z-axis in the counter-clockwise direction, so the robot’s new coordinate system would look like this (where the angle γ represents the amount of rotation of the coordinate axes in degrees or radians):

Note that the z-axis is coming right straight out of the page from that blue arrow above.

Now, here are the illustrations for the roll and pitch rotations using 2D coordinate systems:

The x-axis is that black dot above. It is coming right straight out of the page.

The y-axis is that black dot above. It is coming right straight out of the page.