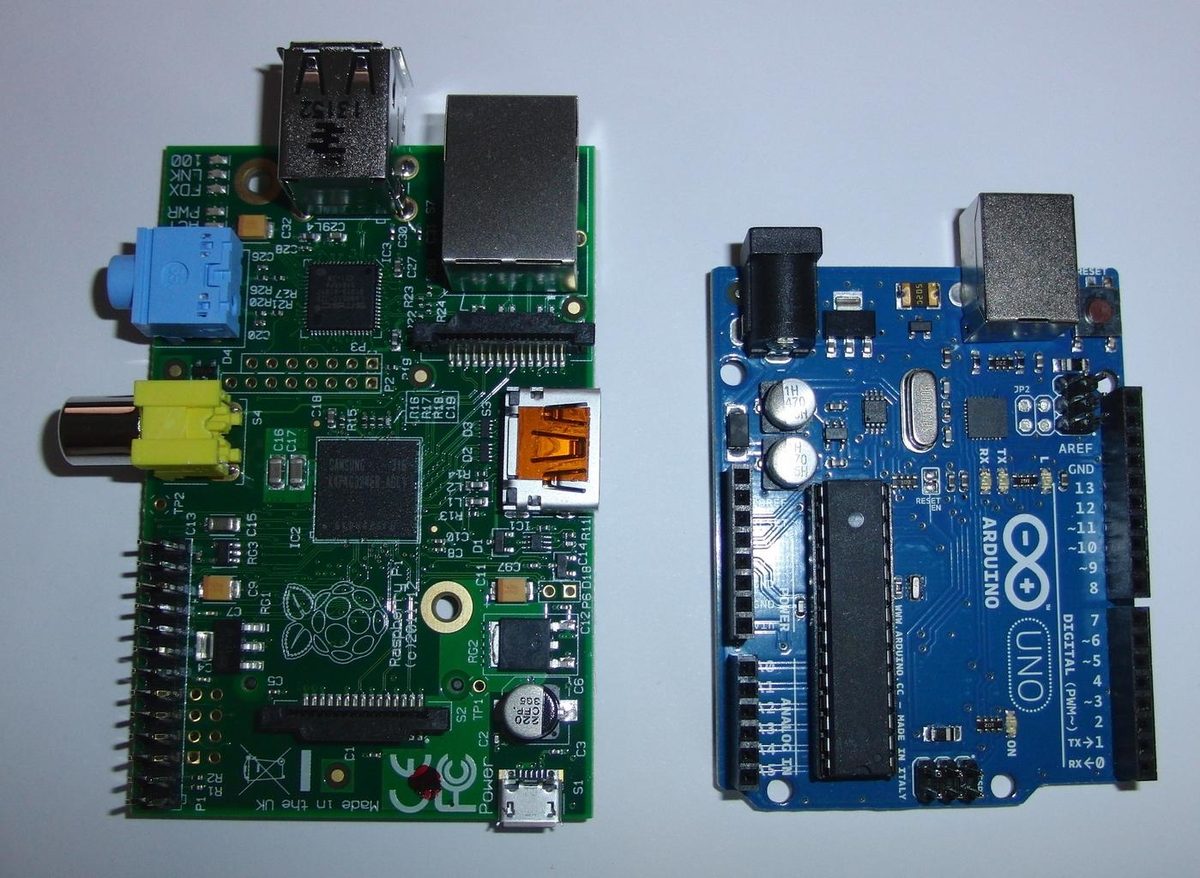 Arduino has limited RAM, a small amount of storage, and minimal processing power compared to Raspberry Pi. Arduino is a microcontroller motherboard and is designed for simple, low-level tasks. On the other hand, Raspberry Pi is a full-blown general-purpose computer capable of multitasking and executing high level interaction between software and hardware.

If Raspberry Pi is so powerful, more powerful than an Arduino, why would anyone ever think of using an Arduino instead of a Raspberry Pi for a project?

The rule of thumb is as follows:

In short, Arduino excels for projects that require capturing data from sensors quickly and doing something simple with that data. Raspberry Pi is great for projects where you need to have multiple things going on simultaneously.

Raspberry Pi definitely has the steeper learning curve compared to Arduino. You can get an Arduino up and running in only a matter of minutes. Raspberry Pi setup can be arduous. The first time I used Raspberry Pi, it took one to two hours to get everything up and running.

The benefit of both platforms is that both Raspberry Pi and Arduino have vibrant communities where you can go to ask questions if you get stuck with your project. In contrast, less popular platforms (Beaglebone for example) have small communities with just a handful of books that cover the details. If you have a project that requires your system to do something complex and you run into a brick wall, you are going to have to figure everything out by yourself.

One other thing. In order to shutdown Raspberry Pi, you have to shut it down properly typing this command:

If you shut down a Raspberry Pi by cutting off its power, bad things can happen. However, with Arduino, you just unplug it or cut off its power to turn it off.