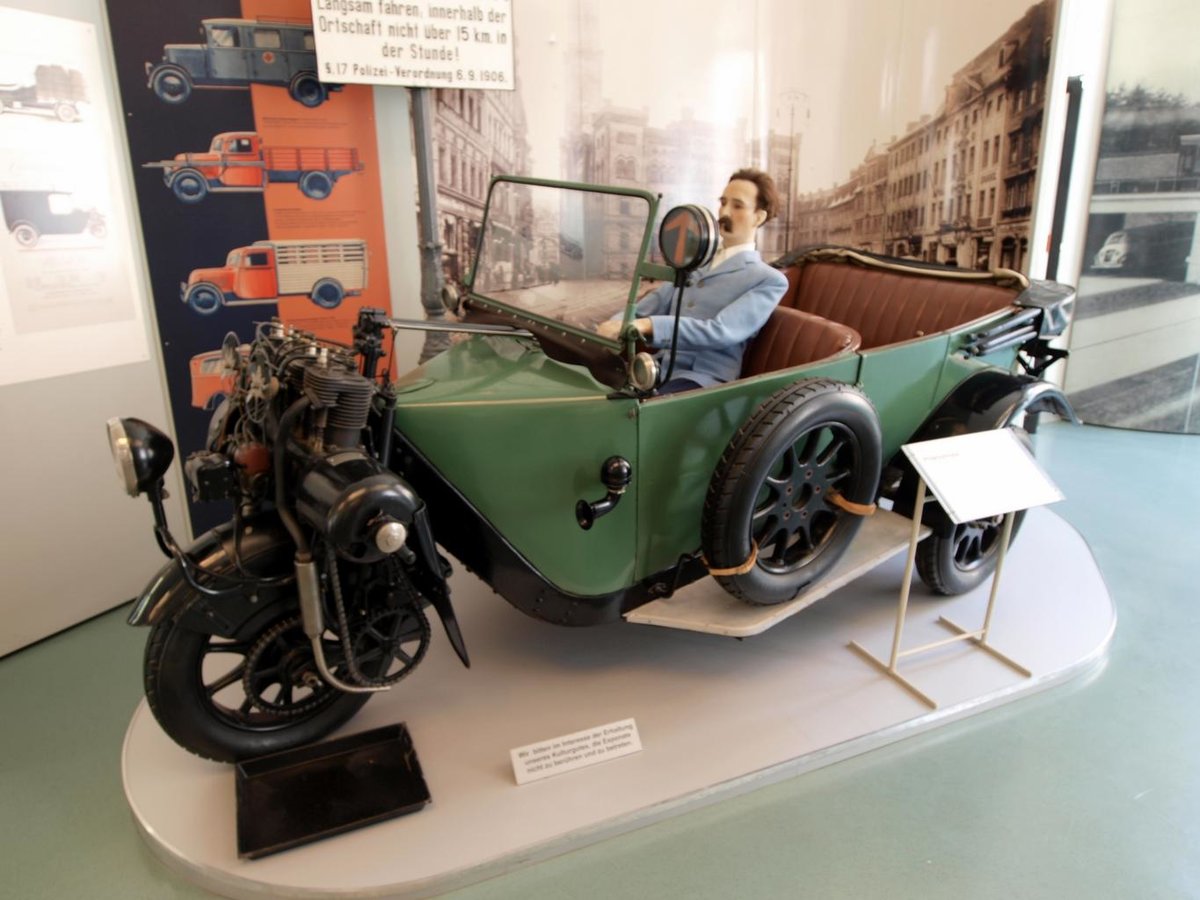 Consider a tripod-wheeled (i.e. three-wheeled) unmanned ground vehicle whose motors and wheels look like this:

How will the vehicle move if the right rear wheel is larger than the left? Assume that the free turning wheel remains the same size, and an axle connects the left wheel to the right wheel.

Angular velocity (often denoted as ω) is the rate of change of the angle Ɵ. It is the number of radians (or degrees) the angle Ɵ is changing in a given amount of time.

Therefore, the larger the wheel, the more distance it will travel given the same amount of rotation.

Here is the diagram. Note that the big wheel has a larger radius (denoted as R) than the smaller wheel (denoted as r):

A larger wheel will cover a greater distance over the ground than a smaller wheel given the same amount of rotation (in either radians or degrees) per unit time. Therefore, equipping the vehicle with a larger steering wheel will enable the vehicle to move faster, holding all other wheels constant at ‘normal’.

In fact, the penny-farthing bicycles of the 1800s as well as the big wheel tricycles of the 1970s took advantage of this fact. Each had a large front wheel (and two normal rear wheels) that enabled the vehicle to move faster given a certain amount of rotation (i.e. pedaling in those cases).