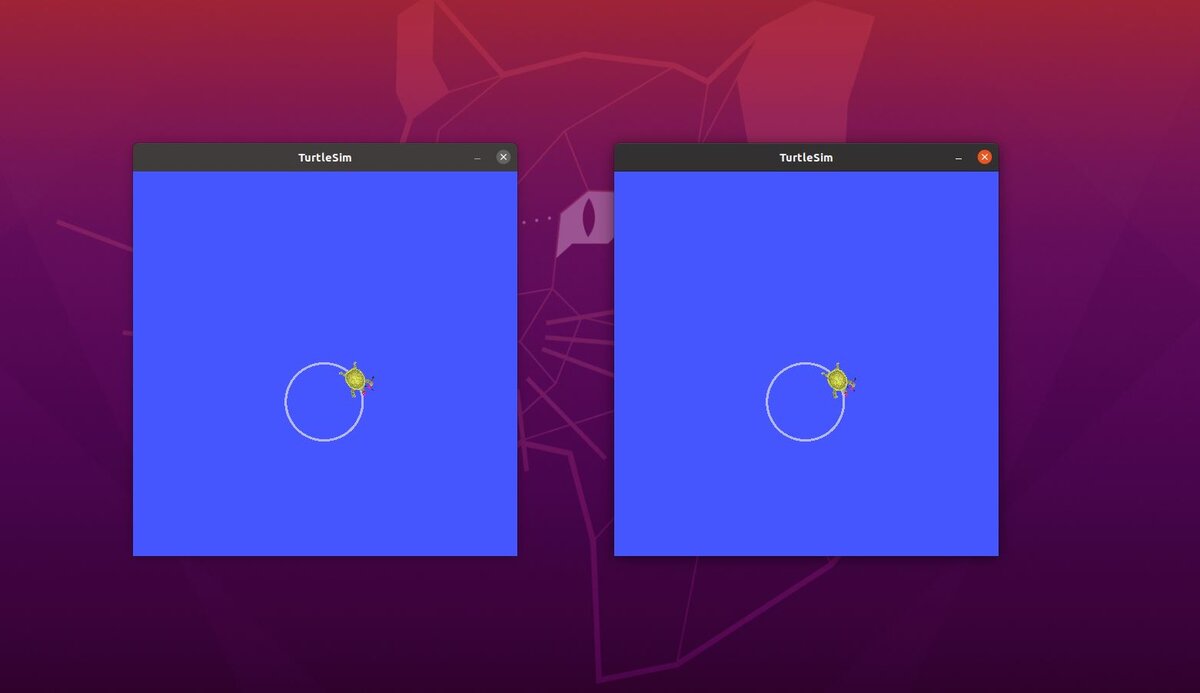 In this post, we will learn how to create a launch file in ROS 2. A launch file enables you to launch multiple ROS 2 nodes at the same time. These files are created in Python and are run using the ros2 launch command (we’ll cover this later in this tutorial).

The official tutorial is located in the ROS 2 Foxy documentation, but we’ll run through the entire process step-by-step below.

It is helpful if you’ve completed this tutorial on the Turtlesim package in ROS 2, but it is not required.

Open a new terminal window, and type the following command to create a new folder:

If you don’t have gedit installed, install it now.

Open up a new launch file.

Write the following code inside the launch file.

Click Save and close the file to return to the terminal.

In a new terminal tab, publish a velocity command to force turtlesim1 to move at a forward velocity of 2.0 meters per second and an angular velocity of -1.8 radians per second. All of this stuff below is a single command.

You will see the turtles move around in unison in a circle.

To see the relationship between nodes, open a new terminal window, and type:

The hidden node n___ros2cli_4394 represents the command you entered in the command line interface (i.e. the terminal window). This node publishes the velocity command to a topic named /turtlesim1/turtle1/cmd_vel.

/mimic publishes to /turtlesim2/sim’s velocity command topic, which causes the second turtle to move like the first turtle.

When you’re done, press CTRL+C to shut down everything.