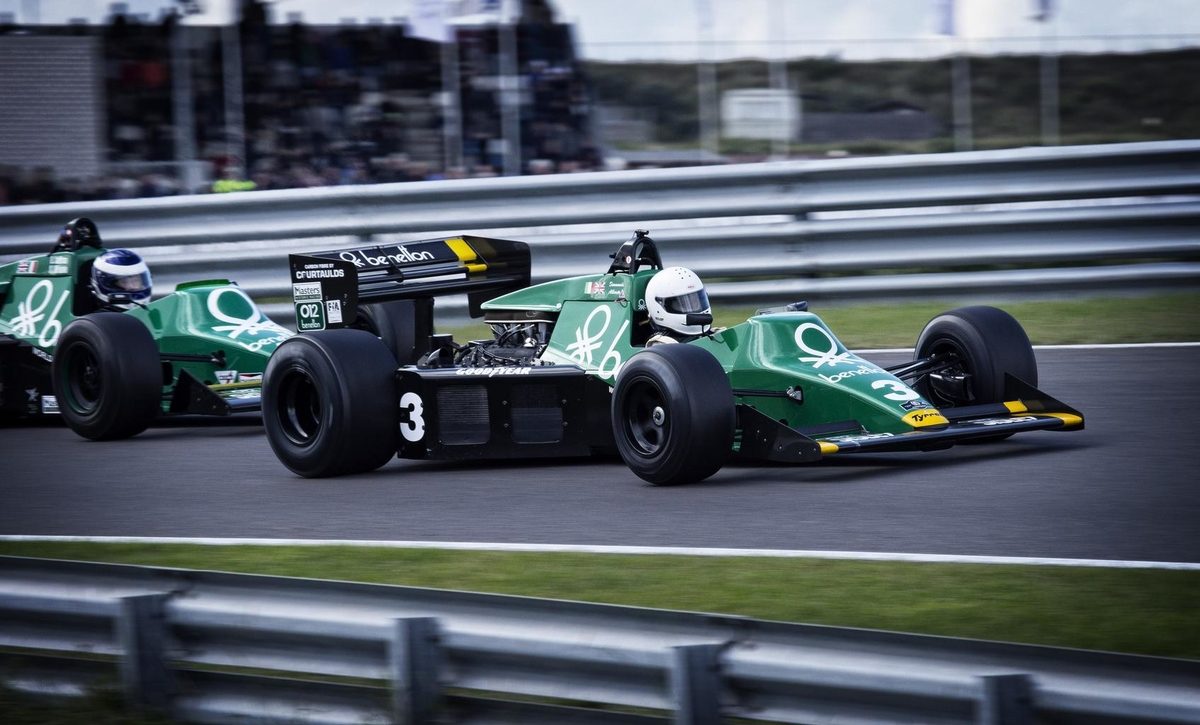 Let’s examine what reinforcement learning is all about by looking at an example.

We have a race car that drives all by itself (i.e. autonomous race car). The race car will move around in an environment. Formally, the race car is known in reinforcement learning language as the agent. The agent is the entity in a reinforcement learning problem that is learning and making decisions. An agent in this example is a race car, but in other applications it could be a robot, self-driving car, autonomous helicopter, etc.

The race car will interact with the environment. The environment in this example is the racetrack. It is represented as the little cloud in the image above. Formally, the environment is the world in which the agent learns and makes decisions. In this example, it is a race track, but in other applications it could be a chessboard, bedroom, warehouse, stock market, factory, etc.

In order to interact with the environment, the race car has to take actions (i.e. accelerate, decelerate, turn). Each time the race car takes an action it will change the environment. Formally, actions are the set of things that an agent can do. In a board game like chess, for example, the set of actions could be move-left, move-right, move-up, and move-down.

After the race car observes the new state, it has to process that state in order to decide what to do next. That decision-making process is called the policy of the agent. You can think of the policy as a function. It takes as inputs the observed state (denoted as s) and outputs an action (denoted as a). The policy is commonly represented as the Greek letter π. So, the function is formally π(s) = a.

In robotics, the cycle I described above is often referred to as the sense-think-act cycle.

The robot then observes the new state, examines its policy, and executes a new action. This cycle repeats over and over again.

So the question now is, how is the policy π(s) determined? In other words, how does the race car know what action to take (i.e. accelerate, decelerate, turn) when it observes a particular state (i.e. position on the racetrack and velocity)?

In order to answer those questions, we need to add another piece to the diagram. That piece is known as the reward. The reward is what helps the race car develop a policy (i.e. a plan of what action to take in each state). Let us draw the reward piece on the diagram and then take a closer look at what this is.

The reward is commonly an integer (e.g. +1 for a positive reward; -1 for a negative reward). In this project, the reward for each move is -1. The reason why the reward for each move is -1 is because we want to teach the race car to move from the starting position to the finish line in the minimum number of timesteps. By penalizing the race car each time it makes a move, we ensure that it gradually learns how to avoid penalties and finishes the race as quickly as possible.

We will represent this algorithm as Q, where Q is used by the race car in order to develop an optimal policy, a policy that enables the race car to maximize its total reward.

Summarizing the steps in the previous section, on a high level reinforcement learning has the following steps:

The goal of a reinforcement learning algorithm is to find the policy (denoted as π(s)) that can tell the race car the best action to take in any particular state, where “best” in this context means the action that will maximize the total reward the race car receives from the environment. The end result is the best sequence of actions the race car can take to maximize its reward (thereby finishing the race in the minimum number of timesteps). The sequence of actions the race car takes from the starting position to the finish line is known denotes an episode or trial. (Alpaydin, 2014). Recall that the policy is typically a lookup table that matches states (input) to actions (output).

There are a number of algorithms that can be used to enable the race car to learn a policy that will enable it to achieve its goal of moving from the starting position of the racetrack to the finish line as quickly as possible. The two algorithms implemented in this project were value iteration and Q-learning. These algorithms will be discussed in detail in future posts.

This video series by Dr. Tucker Balch, a professor at Georgia Tech, provides an excellent introduction to reinforcement learning.